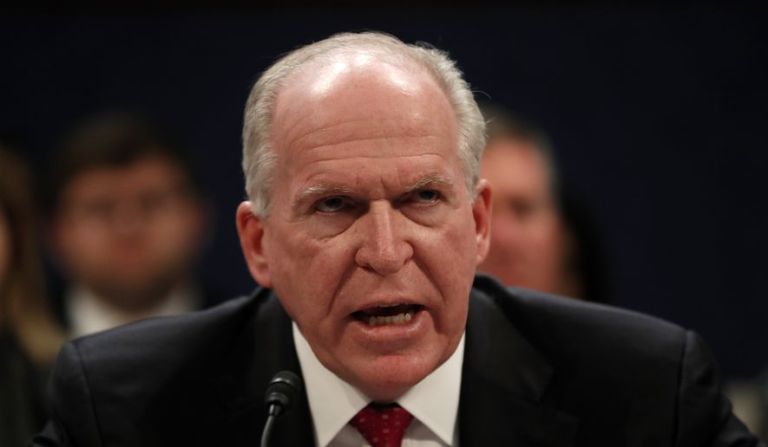 In an interview with MSNBC on Wednesday, Former CIA Director John Brennan made the statement that Biden intel community “are moving in laser-like fashion to try to uncover as much as they can about” the pro-Trump “insurgency” that harbors “religious extremists, authoritarians, fascists, bigots, racists, nativists, even libertarians”. John Brennan indicates that libertarians are a threat that the poses a risk to national security.

Without a shred of sarcasm implied in his statement, the former head of one of the worlds foremost Authoritarian agencies, rooted in fascism, bigotry and racism made a point to call out libertarian ideology in his statement. Libertarian ideology that’s founding principles include individual rights, the rule of law and peace. He continued to layout the case that these ideologies come together under the umbrella of a pro-Trump movement willing to carry out acts of violence.

The facts of the matter is there is ZERO EVIDENCE that connects or correlates the libertarian ideology to the pro-Trump movement. In fact, the libertarian movement in this country takes an active stance against the religious extremists, authoritarians, fascists, bigots, and racists that he speaks of in his broad generalization. He went on to speak of this threat in saying comparing it “to a foreign insurgency which the US has lately battled overseas“, he said it—

He added: “And unfortunately I think there’s been this momentum that generated as a result of unfortunately the demagogic rhetoric of people that’s just departed government, but also those who continue in the halls of Congress and so I really do think that the law enforcement, homeland security, intelligence, and even the defense officials are doing everything possible to root out what seems to be a very very serious and insidious threat to our democracy and our republic.”

The Libertarian Party of Montgomery County calls on John Brennan to immediately redact his statements that blatantly miscategorize the libertarian ideology and lumps them in with factions of society we vehemently oppose.