Libertarian National Committee Chair Joe Bishop-Henchman announced that Tyler Harris will take over as interim Executive Director of the Libertarian Party following the completion of Dan Fishman’s term as Executive Director later this year. Bishop-Henchman praised Dan’s tenure as one that achieved much in building up the Libertarian Party. “Dan worked extremely hard over the last two years and he will be remembered for being the technical muscle behind two national conventions during a pandemic, and for his commitment to hiring the best people to work for the party,” Bishop-Henchman said. “Dan served with honor, passion, and distinction, and I look forward to seeing how his future endeavors will advance Liberty.” “It has been a great pleasure to serve the LNC and the members of the Libertarian Party,” Fishman said. “I believe the vision Joe has laid out will elevate the Libertarian Party, and as a Lifetime member of the party, I will forever be wishing for the success of the LP and Libertarian candidates and causes. For all my friends in the Liberty movement — this is not “goodbye” — only “till we meet again. “Tyler Harris joined LP headquarters staff in 2018, after leaving behind a successful business consulting career to work full-time advancing liberty. Starting in the mail room, he has since been promoted to his current role of Deputy Director of Operations. He resides in northern Virginia with his wife and family

This site uses Akismet to reduce spam. Learn how your comment data is processed. 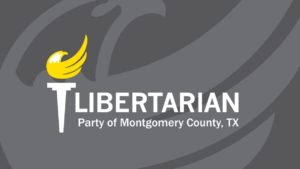